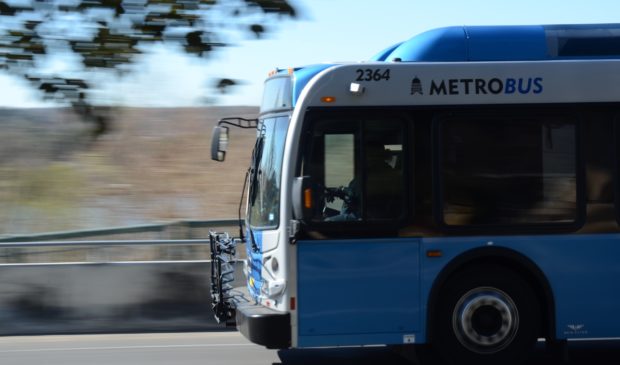 A nonprofit effort to expand transportation equity in Austin is celebrating a milestone while also dropping six figures to expand its scope.

Last week, the Transit Empowerment Fund announced it has provided its 3,000,000th bus ride via its partnership with the Capital Metropolitan Transportation Authority. At a press conference on Tuesday, TEF Chair Janet Allen awarded a pair of $50,000 checks – one to RideAustin and the Community Care Collaborative, and another to the Housing Authority of the City of Austin – to power two programs aimed at helping low-income residents expand their mobility options.

“We’re very proud to be a partner on this program. I think it’s really made a difference in a lot of people’s lives,” Capital Metro President and CEO Linda Watson said after the checks were handed out.

The transit agency partnered with One Voice Central Texas, a coalition of nonprofits, to launch the TEF in 2011. With an annual budget of $450,000 largely provided by Capital Metro, the project distributes discounted or free transit passes to organizations that in turn pass them along to disadvantaged residents.